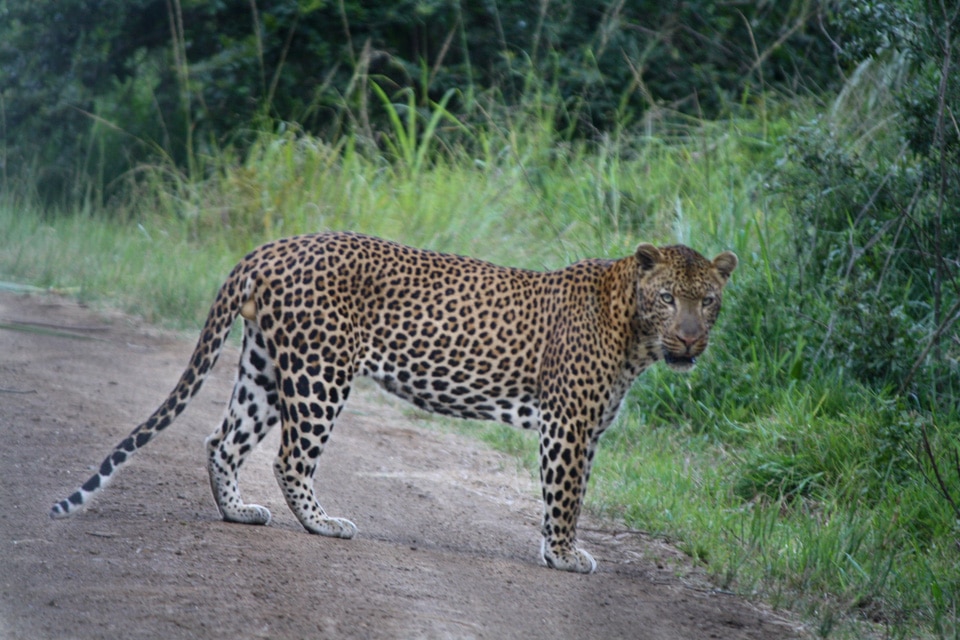 It has been an incredible two weeks with sightings of Leopard after Leopard in the Western Shores of iSimangaliso Wetland Park. So much so that one might even refer to the western shores as the Leopard Shores of iSimangaliso Wetland Park. The majority of the Leopards have been witnessed during the night drive safaris departing from St Lucia at 7 or 8 pm, the duration of the night drives are approximately 2/3 hours and one has the opportunity of witnessing an incredible array of wild life while out in the African bush.

Over the past few days or weeks the weather has been incredibly warm with humid conditions how this may have affected the Leopards where are not sure how ever they have been spotted close to the roads on the western shores. These incredible animals particularly shy and loners are always so rare and incredible to see while out in their natural habitat. The western shores offers them a large space in which to travel and therefore sometimes quite difficult to spot. However as we have mentioned the past few days Heritage Tours & Safaris rangers have been fortunate to get some magnificent sightings of them other sightings included Hippo’s grazing , Giraffe, Buffalo and Elephants.

Please note that Western Shores is now officially open to the general public and one should travel into this reserve.

Until our next update keep tracking and exploring