The hippopotamus is a large and “in charge” kind of mammal. This is easily seen through their outer physical structure. 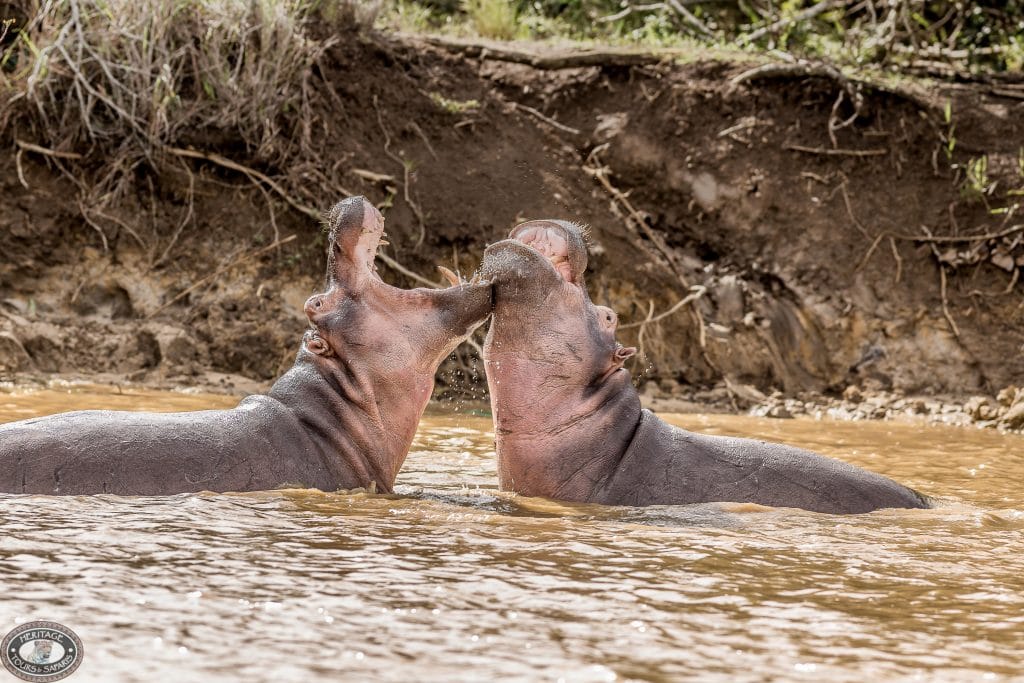 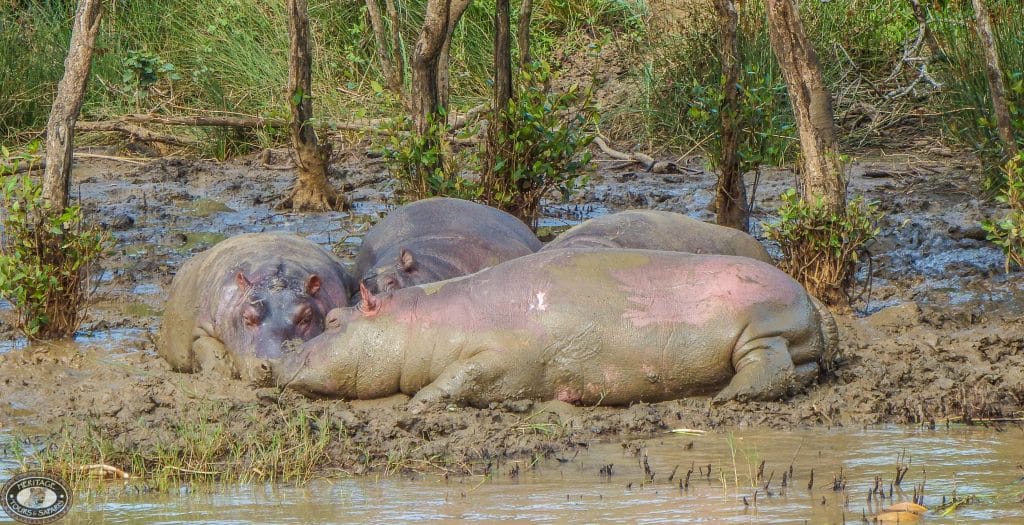 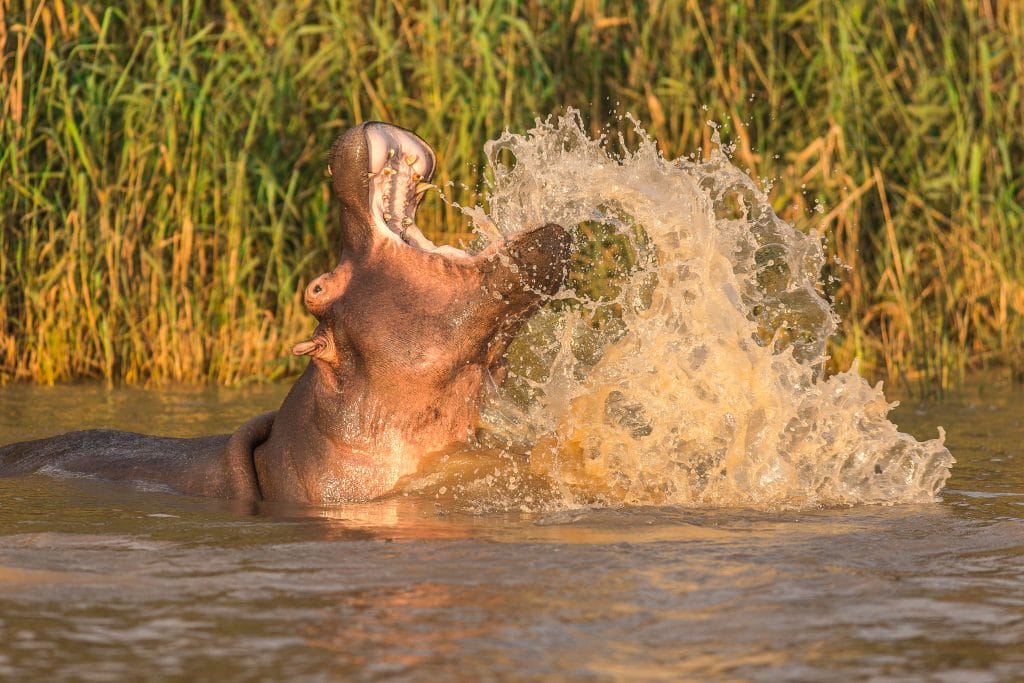 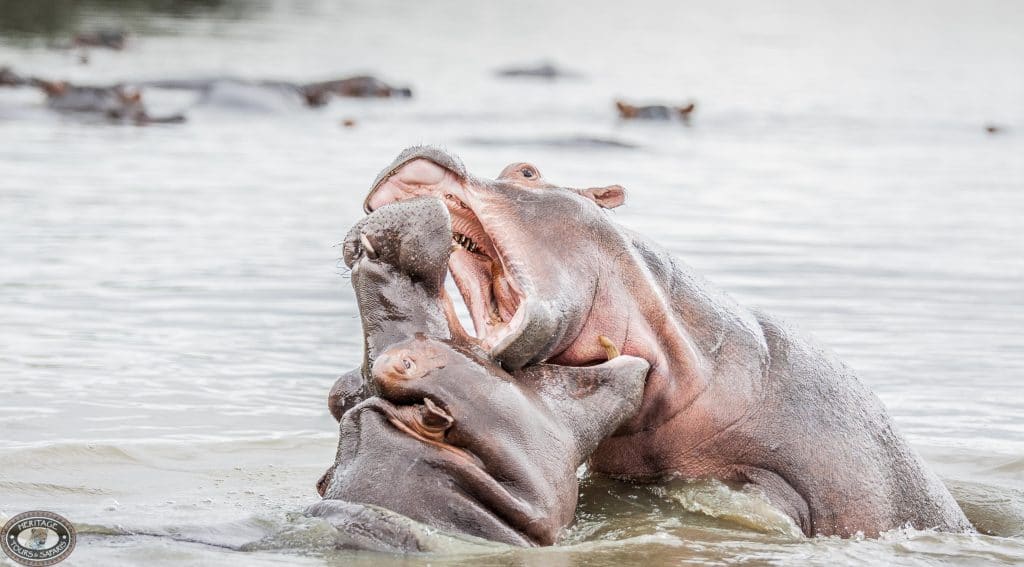 The hippopotamus has a very simple exterior.  It is characterised by grey or brown thin; hairless skin; a small tail, a pink underbelly; a bulky; barrel-shaped body, short stumpy legs; webbed feet; folds of skin; small, brownish-pink ears and eyes; tusks, a large head, large muzzle; large closable nostrils and a large mouth that can open up to 1.2 metres. Hippos also have two pairs of tusks that can be found in the lower jaw. The tusks of the male hippos are slightly bigger than those of the female hippo.

Hippos have pores on their skin which excretes sweat that is thick, oily and a red and orange colour. The secretion eventually turns to a brown colour. This happens during the hot, summer season. The secretion is commonly known as ‘blood sweat’. The secretion is however not actual blood or sweat. The secretion acts as a natural sunscreen that protects the body by absorbing ultraviolet rays from the sun. Its protection is not strong enough as it will not prevent the skin from cracking if the hippos are out of water for a prolonged period of time. The two pigments of the secretion (the red and orange) are both highly acidic (known as hipposudoric acid and norhipposudoric acid). They protect the hippo from disease-causing bacteria. 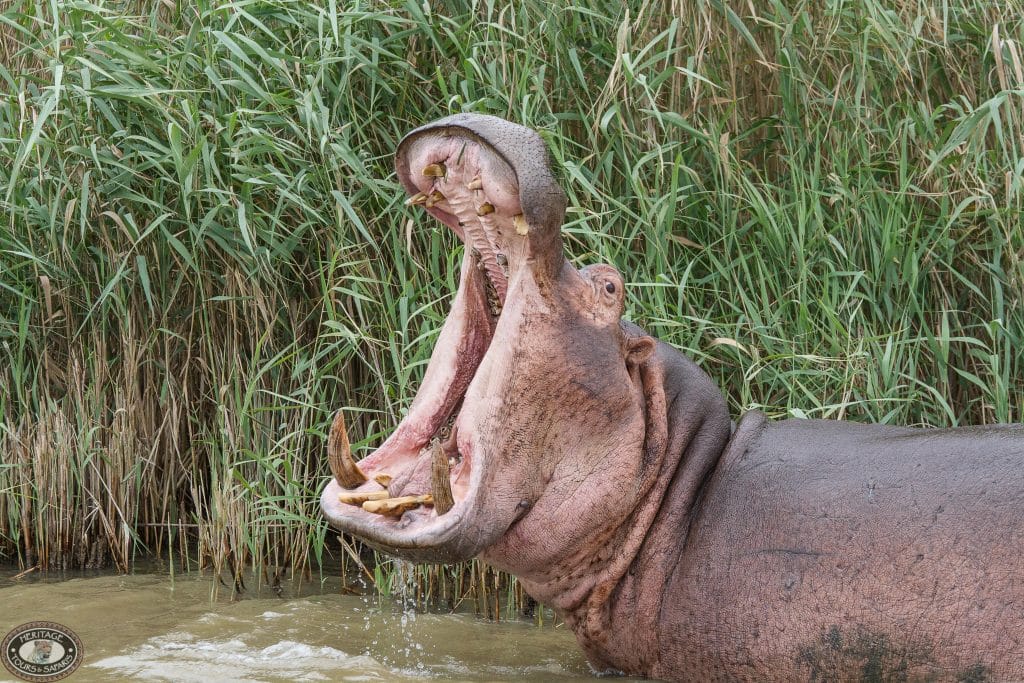 The body of a hippo is structured in a way that enables them to stay underwater for long period of times. They are able to stay underwater for a period of between 3 to 5 minutes. When underwater, the process of surfacing up and breathing is automatic. This process also happens when the hippo is sleeping underwater, it manages to rise up and breathe without waking up. Despite this amazing characteristic, hippos are actually not good swimmers nor can they actually float. They are still considered to be semi-aquatic mammals. The eyes of hippos can be found on top of their heads and are located in sockets that bulge. The ears and nostrils are also placed on top of their head (or the roof of their skulls). The nostrils automatically close once the body goes underwater. The placement of the eyes, ears and nostrils allows these parts of the hippo’s body to remain above the water so they can breathe the rest of the body submerges into the water. This creates the illusion or perception that they are able to stay submerged in water for hours. The placement of the eyes and ears also assists them in being hyper-aware of their surroundings.

The jaw of a hippo is a fascinating part of its body. As mentioned, the jaw of a hippo is large. Its force comes for a large masseter (a paired, thick, rectangular muscle) and a developed digastric (a muscle found at by the lower jaw). The digastric is right behind the masseter.  The mouth is able to open at almost 180 degrees because the jaw hinge is located at the very back. The bite force of an adult hippo is around 8100 newtons.

The genitals male hippos are very unique and unusual. The testicles of the male hippo only partially descend into the body and they do not have a scrotum. This makes it look like the testicles are completely invisible. The penis also retracts into the body when it is not erect.

The skeletal structure of a hippo is referred to as being graviportal. It has been adapted to carry their large weight. This structure also enables hippos are able to run or walk along the bottom of the water. This amazing characteristic is attributed to a gravitational position within their bodies that allows them to do this.

Visit St Lucia, and be undoubtedly mesmerized by the incredible Hippo population that roams freely in and about St Lucia. Should you be a wildlife lover then yes St Lucia is for you. A mere 54 km from St Lucia you can also venture into the oldest proclaimed game reserve in Africa, the Hluhluwe-Imfolozi Park home to the African Big 5. 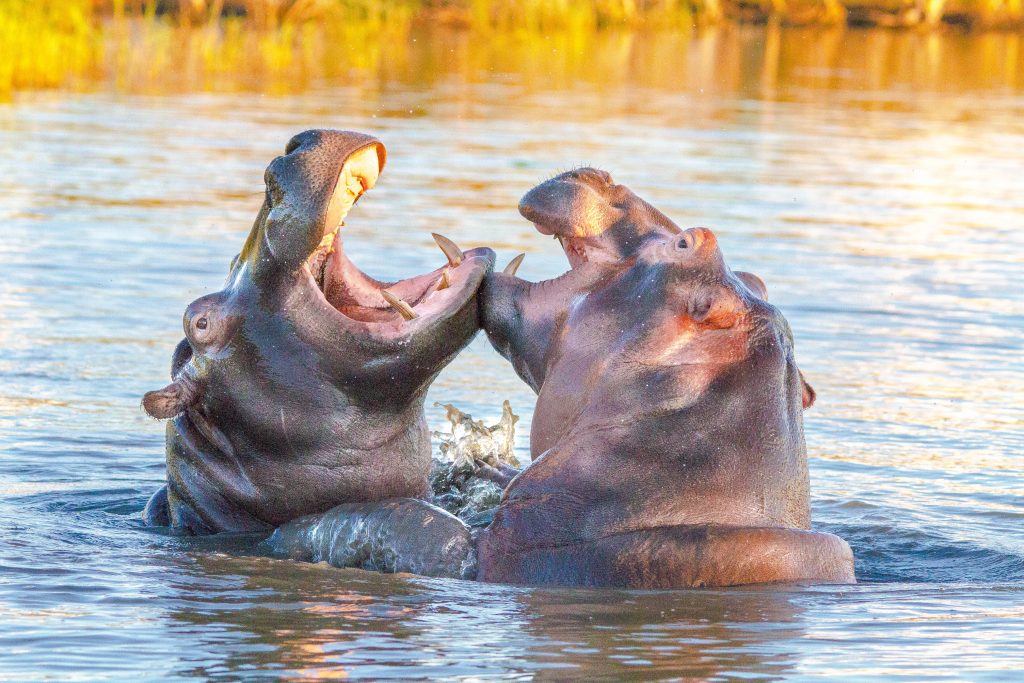 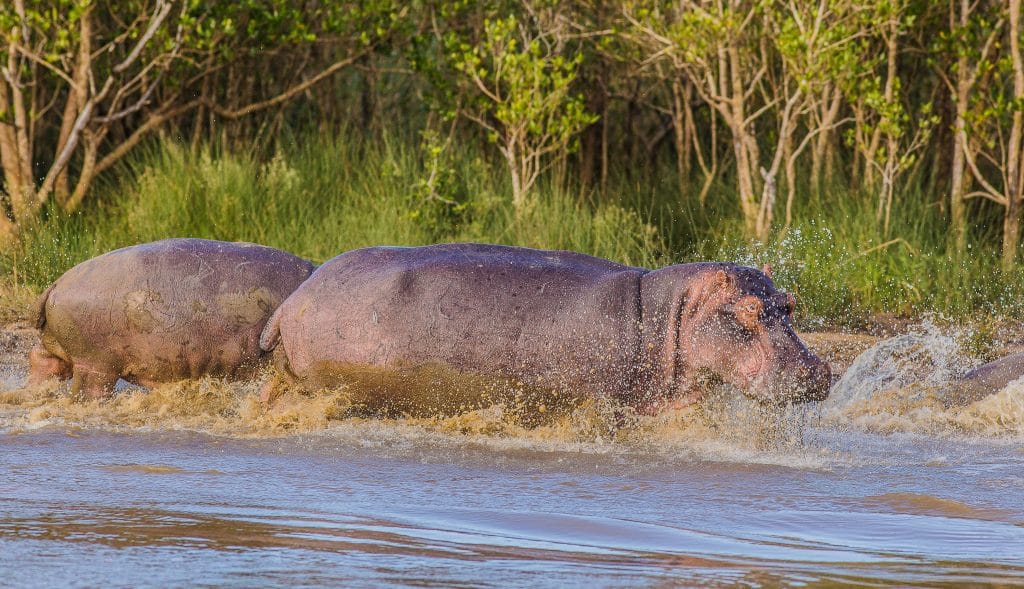 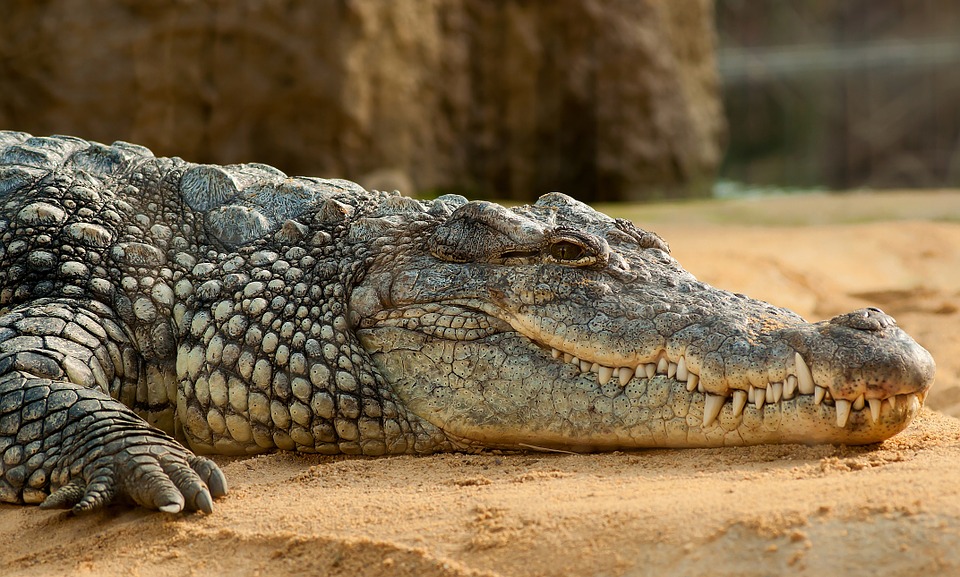 Come See Them in St Lucia