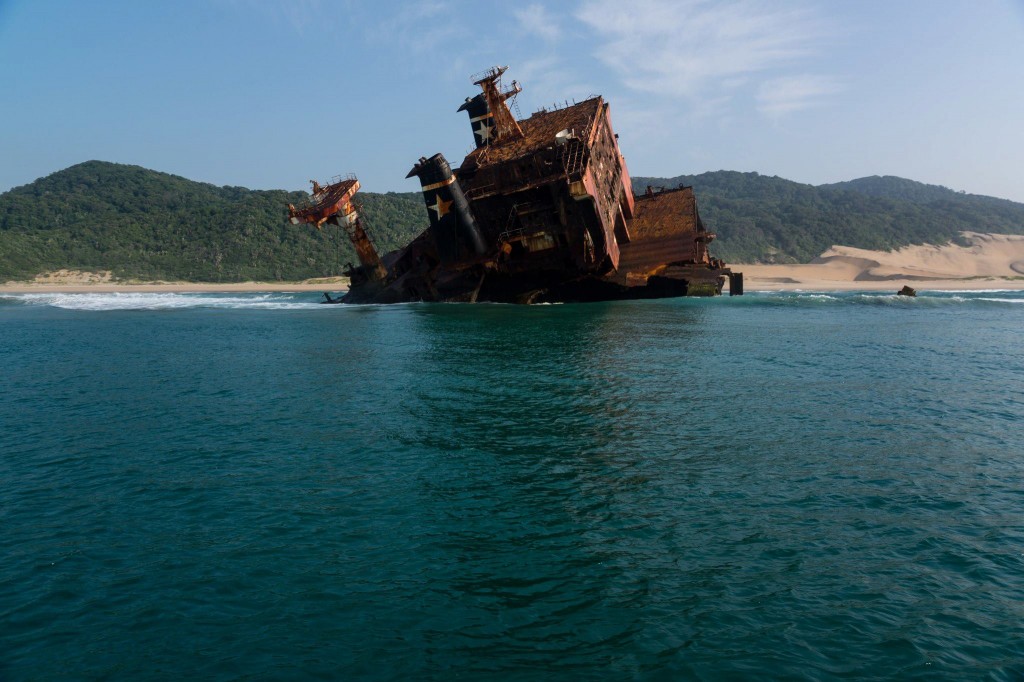 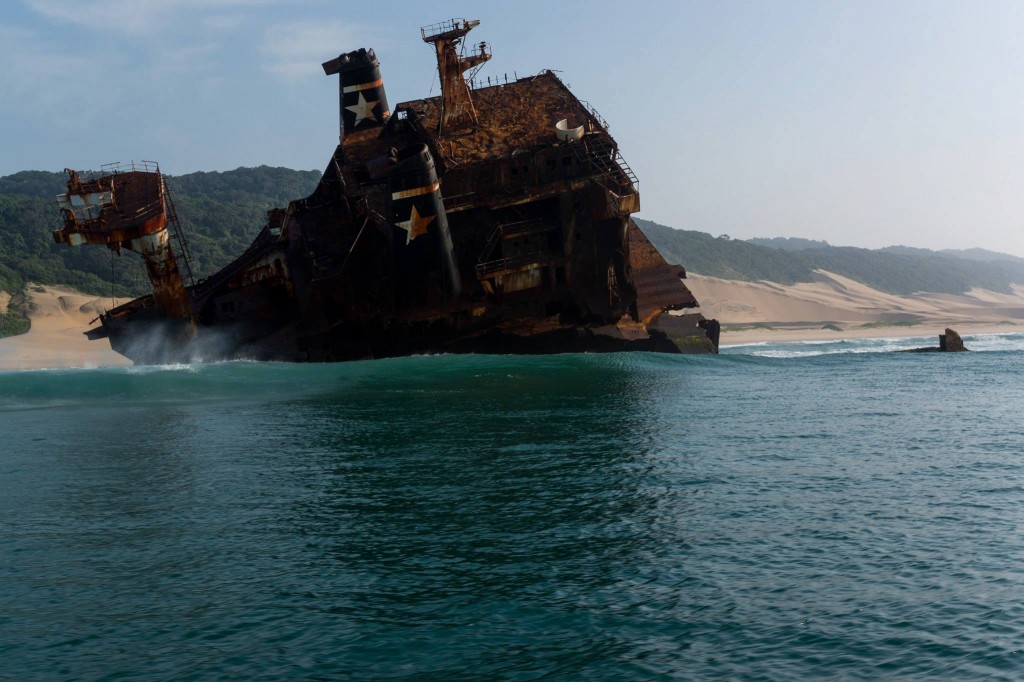 The Jolly Rubino that was Stranded of St Lucia lies South towards the St Lucia Estuary Lighthouse, its been numerous years now since the incident as one can clearly see that the ocean has taken its toll on the structure.  The Jolly Rubino caught on fire of Richards bay and drifted in sever sea conditions towards the shores of St Lucia, the area in which the fire meant that the anchor could not be dropped and therefore the vessel drifted dangerously towards the St Lucia area which was already proclaimed as a world heritage site by Unesco in 1999.

The inlet to the St Lucia estuary was immediately closed should any pollutants enter the estuary however thanks to good management this never occurred. The Jolly Rubino now rests and is slowly being consumed by the elements, it has become a safe haven for smaller fish species. Other wrecks of the coastline include the two barges that where scuttled of the Cape Vidal Lighthouse and too has become a safe haven for small fish species.