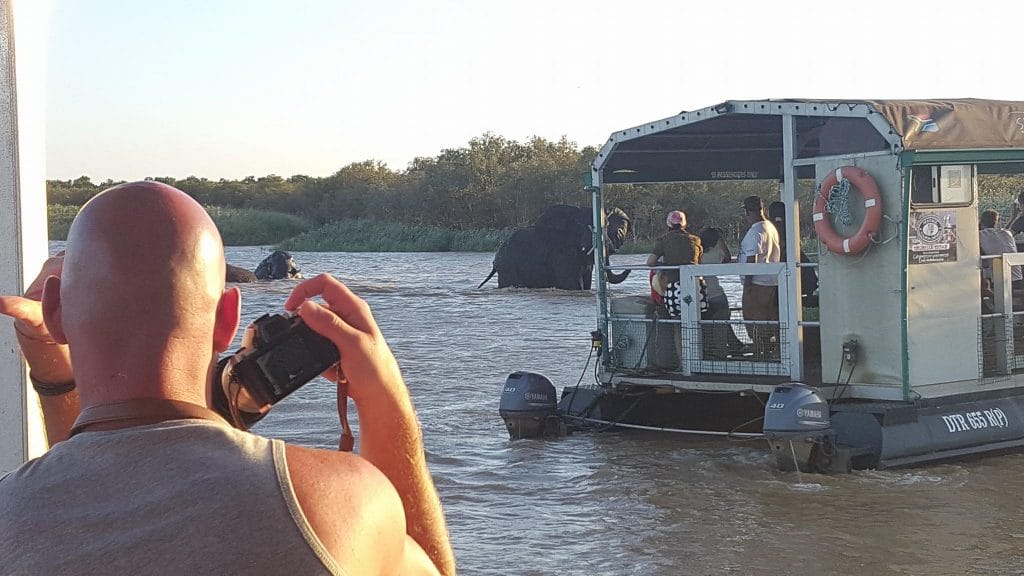 for the very first time in St Lucia

Elephants in the St Lucia Estuary

For the very first time ever yesterday Elephants were witnessed in the St Lucia Estuary, this what can only be regarded as incredible and as the name iSimangaliso implies ( a place of miracles) has once again stood up to its promise of just that.

Elephants may be witnessed on the Western Shores of iSimangaliso Wetland Park. The park was officially opened to the public in December 2015 and has since fast become a top destination while in the area of St Lucia. The town of St Lucia is the gateway to both the Western shores as well as the Eastern shores of iSimangaliso Wetland Park. Originally Elephants, where introduced to the Eastern shores and luck, would have it that once released the Elephants returned back to the Hluhluwe Umfolozi Game Reserve early in 2000.  It was then decided to reintroduce Elephants into the Western shores, after a brief time in the holding bomas the Elephants were released and ever since the Elephants have adapted to their new environment.

Numerous sightings of Elephants have occurred on the Eastern shores as of late and this is due to water levels being low. This has contributed to the Elephants being able to cross the Estuary.

Yesterday however was the very first time that these incredible animals where witnessed playing in the estuary. Clients aboard the various Hippo & Croc vessels were extremely fortunate to have had such a splendid sighting. 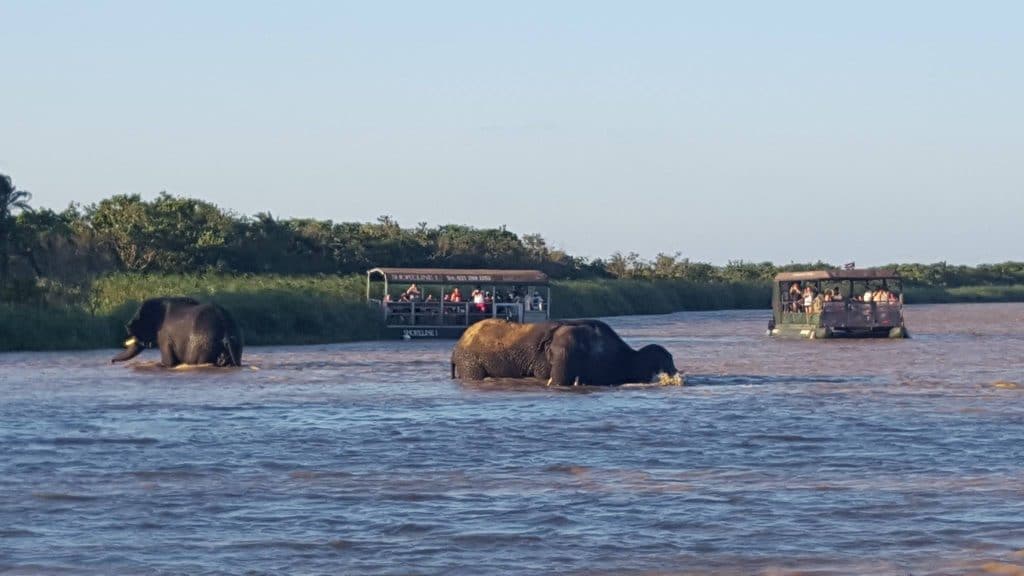 Why not join us on one of these amazing and incredible outings onto the St Lucia Estuary, as we go in-search of the resident Hippos, Nile Crocodiles and now Elephants. The outings take place every two hours each day and by far the early morning and late afternoon Boat trips are by far the most popular. Shoreline Boats offer small and personal outings with only 15 clients per trip you are assured of a professional and personal trip. All skippers/ guides have years of experience out on the estuary and will ensure that you get some fascinating up close sights of the various wildlife on the Estuary. For availability and pricing call today +27 35 5901555