The Gateway to iSimangaliso Wetland Park

Within walking distance to Town

Offering an enclosed courtyard with an outdoor pool, Bhangazi Lodge is a four star bed and breakfast establishment providing guest with a true taste of African. 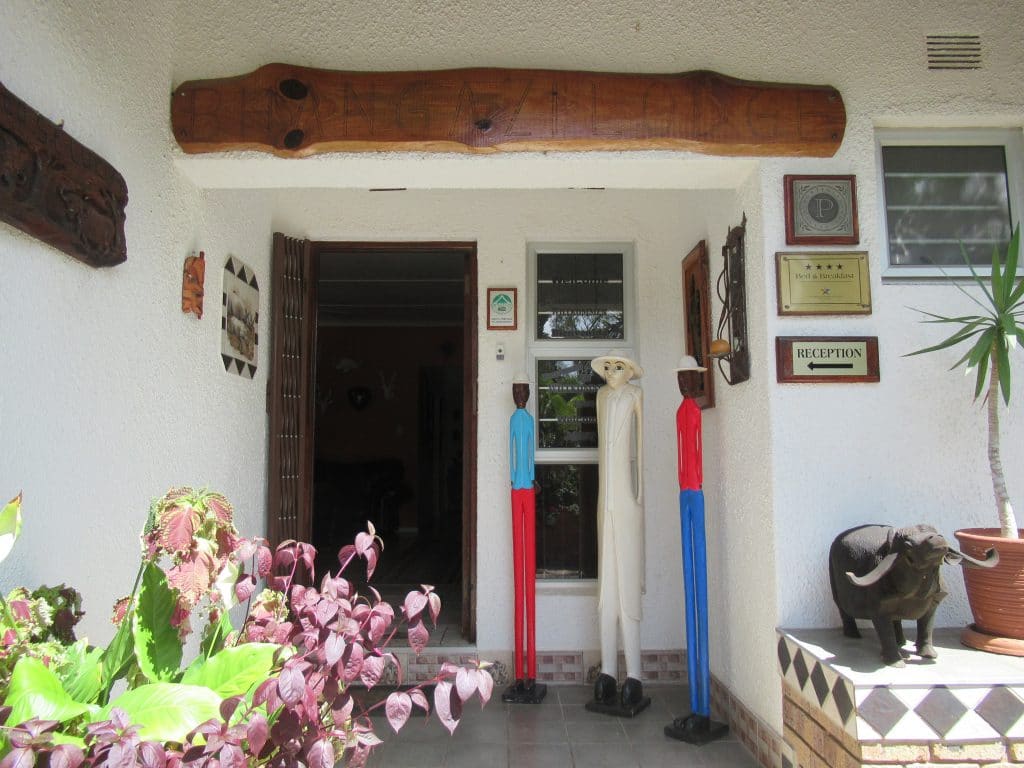 The bedrooms are named after African animals and each is equipped with a seating area overlooking the pool or a garden view, en-suite shower & toilet, TV and tea-and-coffee making facilities all rooms have air-conditioners. The main area has a large collection of African arts and crafts. There is a shared lounge with ample seating where guest can relax.

Start your day with a buffet of cold meats, cheese, cereal, fresh fruit and yogurt followed by a cooked breakfast. The property offers free WiFi and secure parking. We can assist you in booking tours in and around St Lucia including hippo & croc boat cruise, game drives, snorkeling, bird watching, whale watching - seasonal - Turtle tour - seasonal -  Hluhluwe-Imfolozi Game Reserve can be reached within 1 hour by car. Also available at no extra charge are beach towels, snorkels and cooler boxes. Local restaurants are within walking distance from Bhangazi Lodge. 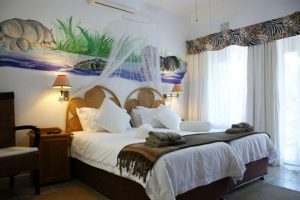 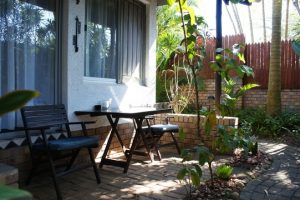 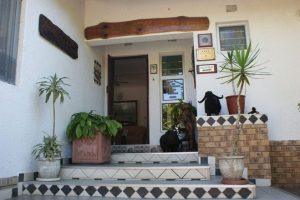 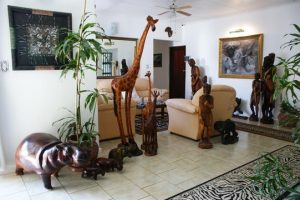 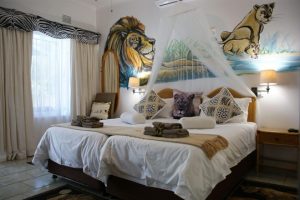 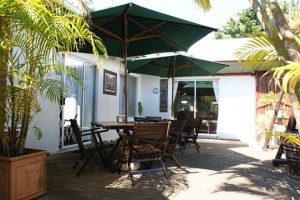 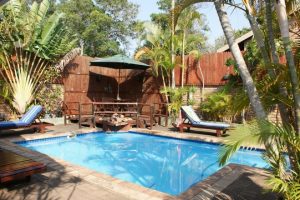 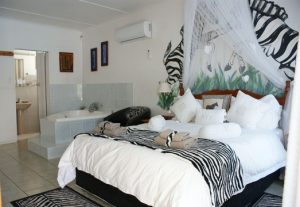 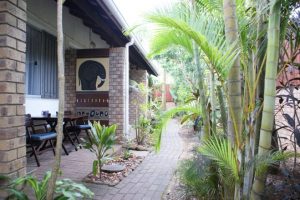 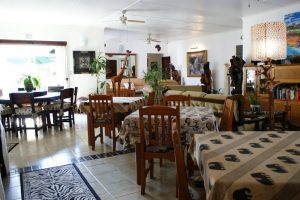 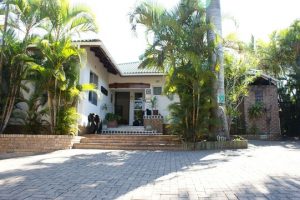 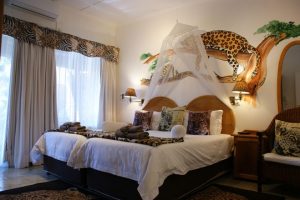 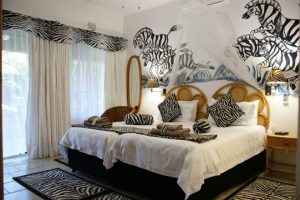 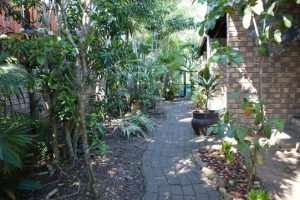 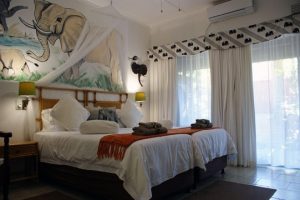 Mandy, Originally from the UK, Mandy studied Fine Art at the University of Salford, and then, Studio and Technical Ceramics at Chesterfield College of Arts and Technology. After working in the ceramics industry, she set up her own small pottery studio in Glossop, a village in Derby-shire, and also taught ceramics.

In 1995, after visiting South Africa a couple of times on holiday, Mandy made the decision to come on an extended visit, and with a 12-month airline ticket in hand, and a vague idea of “doing a bit of traveling” landed in Johannesburg to stay with family. After making plans to meet an old school friend at the Wimpy, in Vic Falls Zimbabwe, on a Wednesday, at about mid-day, she hit the road and was hooked on Africa, loving the large open spaces, friendly people, and a sense of freedom. Mandy found Africa to be an inspiring country and loves nothing more than packing her camera and going off exploring, be it the African bush or a small rural town.

After working in advertising, she spent the last few years building up a portfolio of wildlife drawings and started a small weaving and fiber arts company.

Simon, Originally from Stratford upon Avon in the UK, Simon was educated at “Shakespeare’s school” K.E.S. in Stratford. He then trained as a mechanical engineer at the historic “Maudslay motor company” in Great Alne, and subsequently spent another five years working in industrial maintenance. Simon first visited South Africa in 1983 to see his parents, who now lived in South Africa with his younger brother. In just a few weeks, he realized that this was to be his new home, and on his return to the UK, made arrangements to move to South Africa permanently. In 1984 he settled in Boksburg on the East rand, where he worked for several international companies, gradually taking on more responsibility. Simon’s last “proper job” was as a plant engineer for the Timken bearing company. Having been fascinated by mechanical things since his childhood, Simon has spent many happy hours dismantling, improving, and rebuilding a number of classic cars. Maintenance, repairs, and improvements to his properties are like second nature, and any problems are sorted out in good time.  Simon also has a passion for wildlife and exploring, and after meeting Mandy through work, became her husband in 1989.

It was during one of the road trips that they discovered St Lucia, meeting up with Mandy’s old school friend once again for his 40th birthday. Mandy and Simon were invited to the Phinda game reserve for a few days. Realizing that it would take nearly all day to drive from Johannesburg, they decided to find somewhere closer to stay the night. Looking at the map they came across a dot on the map that neither had previously heard of. That dot was called St Lucia, and they booked an apartment for just one night. That first stay was not the best of experiences, but there was just something about St Lucia that made them want to come back. Over the next 12 yrs, Mandy and Simon visited many small dorps (towns) all across South Africa, some making it on to the “potential retirement” list. Over the next few years, place names were added, and others crossed off, but it became clear that St Lucia was where they wanted to be. During this time Simon was becoming increasingly frustrated working in the industry, and when his last contract finished, what had been a retirement dream became a reality. The property in Boksburg was sold, and after successfully negotiating the purchase of Bhangazi lodge, Simon and Mandy moved permanently to St Lucia. 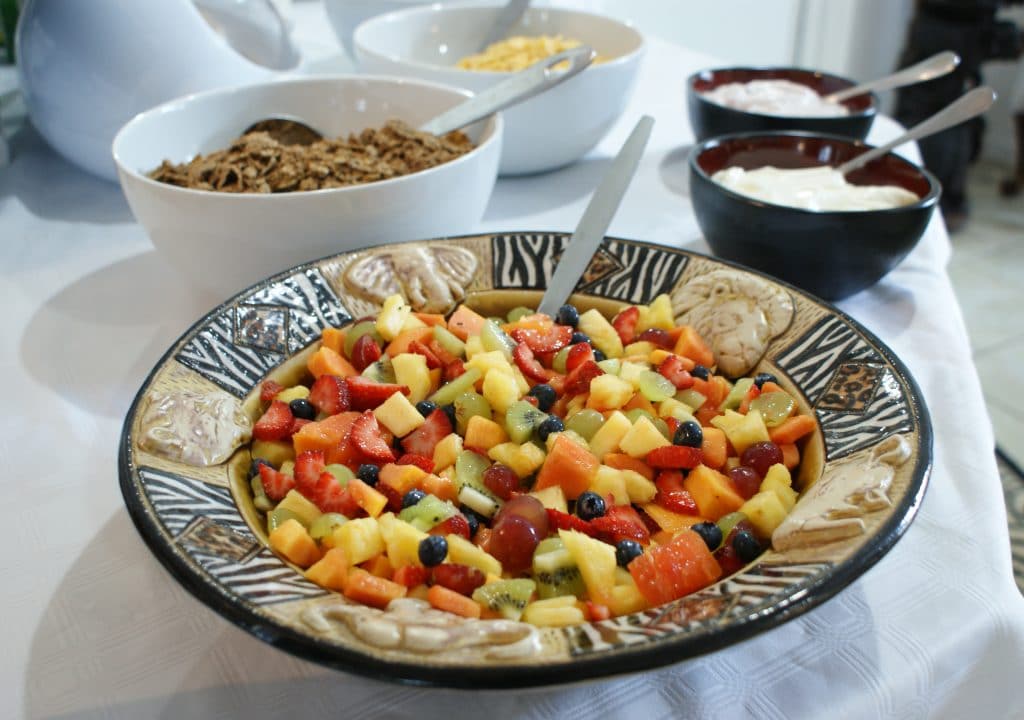 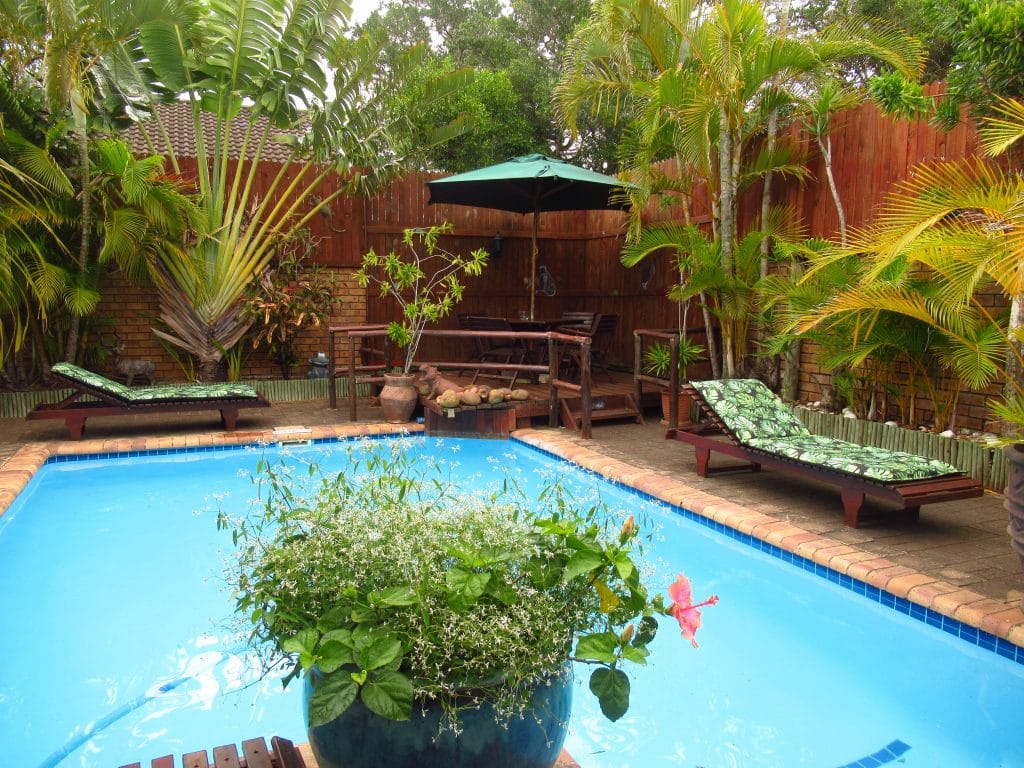 "We had a stop-over on a recent trip from Ballito back to Johannesburg and my wife and I were blown away. What a friendly bunch of people! "

"We spent 2 weeks at the Bhangazi Lodge and we fell in love with this place! The hosts are really nice and welcoming."

"We had a very pleasant stay.Mandy and Simon where good hosts with a lot of advice during our stay.Breakfast was very good.We recommend this place very much." 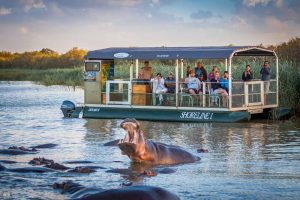 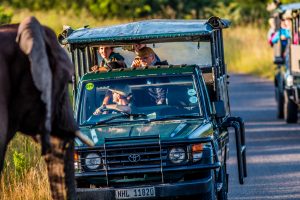 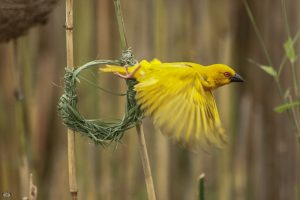 READ MORE
Open chat
1
Powered by
Hello, Please let us know if we can assist you regarding Accommodation or Tours & Safaris.