The Leatherback turtle, scientifically known as the Dermochelys coriacea, is known to be the largest sea turtle. There is estimated to be a population of around 34000 to 35000 nesting females.

The name of the turtle gives a clue to the physical features of this sea turtle. The unique shell is composed of a layer of tough, thin, rubbery skin that is strengthened by thousands of tiny bone plates that look like leather. The carapace, in other words the shell, is an oily, large and flexible part of the body that is usually a dark grey or black with white or pale spotted color. This physical feature makes it the only turtle that lacks a hard shell. This excess of oil in their skin allows them to both generate and retain body heat which allows them to easily adapt to the varying water conditions especially the colder water temperatures that they often inhabit. The rest of the barrel-shaped body is made up of four broad flippers and a triangular head. It is also interesting to note that Leatherback turtles do not have teeth, instead the have two sharp cusps in their mouths on the upper jaw which assist in grasping their prey, and the spines present in their throat and oesophagus which make sure that the prey gets into the throat.  The typical length of the leather back turtle is 130-183 cm, they have been found weight anything between 300 kgs and 500 kgs. The largest and heaviest recorded leather back turtle was 305 cm and weighed 916 kgs. Leatherback turtles live a fairly long life of 45 to 50 years.

Leatherback turtles are widely distributed animals. They are known to be pelagic species meaning that they live in open sea, however they have also been found to be habitual in waters that are closer to shore. They can be found in the tropic and temperate waters of the Atlantic, Pacific, and Indian Oceans, as well as the Mediterranean Sea. This means that they can be found as far north as Alaska and Canada to the Southern parts of the world such as New Zealand. The Leatherback turtle is able to remain active in waters as cold as 4 degrees Celsius.

Soft-bodied animals such as jelly fish and salps form part of the main food choices for these carnivorous sea creatures. Owing to their delicate, scissor-like jaws, it is easier for them to eat soft-bodied animals, other types of animals would damage their jaws. Although their diet choice may protect their jaws, the leather back turtle faces the threat of marine debris such as plastic bags and balloons which they may (and often do) mistake for prey.

The Leatherback turtle is capable of diving over 1000 m. This diving ability assists them in searching for prey, avoid predators and escape the heat when they find themselves in warm waters. During the dive, they are able to regulate their resistance by varying the amount of air they inhale when they are at the surface. Leatherback's follow their jellyfish prey throughout the day, resulting in turtles "preferring" deeper water in the daytime, and shallower water at night (when the jellyfish rise up the water column).

The breeding behavior involves the Leatherback turtles to migrating huge distances between their breeding and feeding areas. The female leatherback is known to nest at intervals of 2 to 3 years, although research has indicated that they can nest every year. Nesting occurs between 4 to 7 times within the season, with an average of 10 days between the nesting. It is said to be very common for leatherback female turtles to stay in the same region when nesting unlike other species of sea turtles which opt to change nesting beaches often. During the nesting period, the female crawls onto the beach region (usually in the evening) and digs a hole in the sand, she then proceeds to lay her eggs inside the whole and covering them with sand before heading back into the ocean. The sand is supposed to protect the eggs from being detected by predators. An interesting observation has been made that female turtles may decide to nest in the region where they entered the world as baby leatherback turtles. 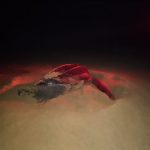 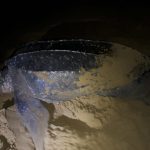 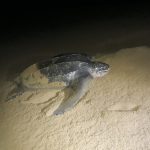 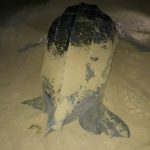 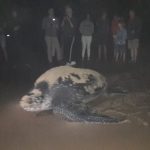 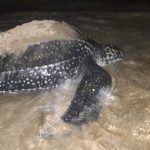 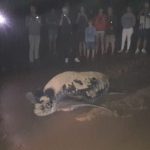 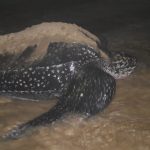 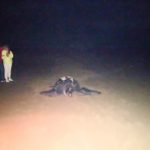 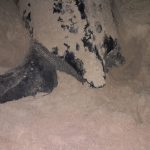 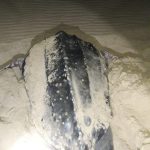 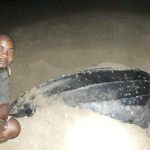 Leatherback Turtles and Loggerhead Turtles may be witnessed along the shores of the iSimangaliso wetland park from November to the end of February each year. This is an incredible outing one definitely not to be missed. For more information Click Here

Humpback Whale Facts
Open chat
1
Powered by
Hello, Please let us know if we can assist you regarding Accommodation or Tours & Safaris.