Let us get you out into the Bush and Explore the magnificent wildlife and scenery on this incredible 3 Night Safari Package. 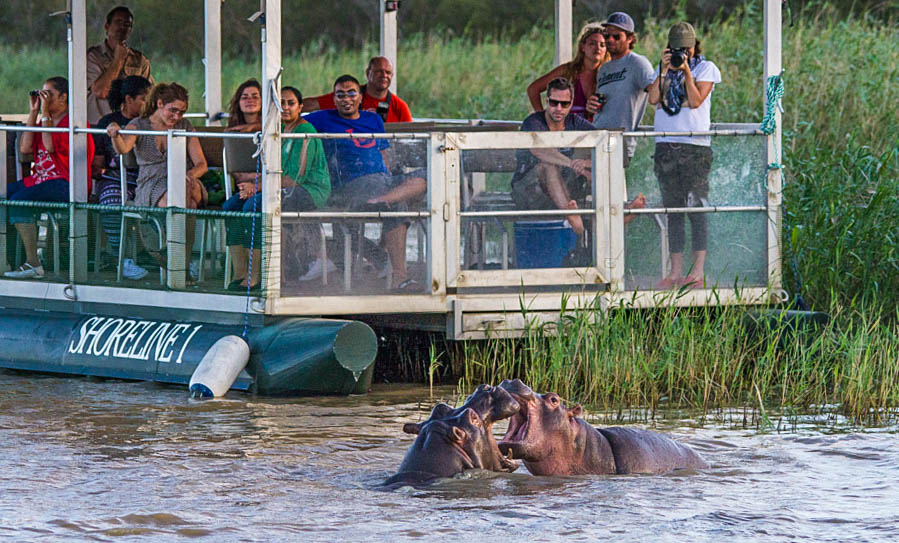 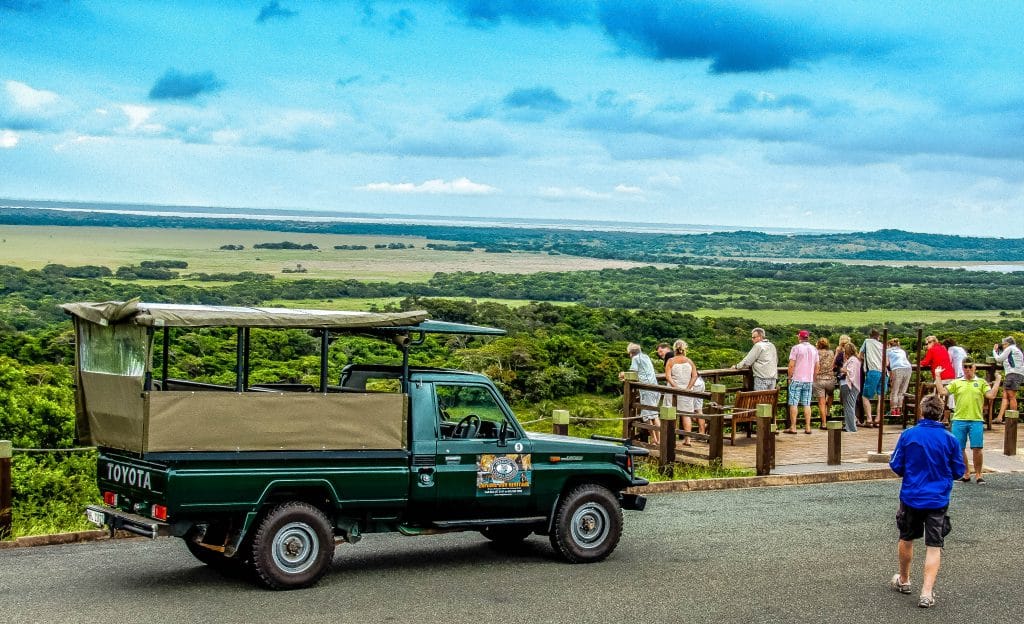 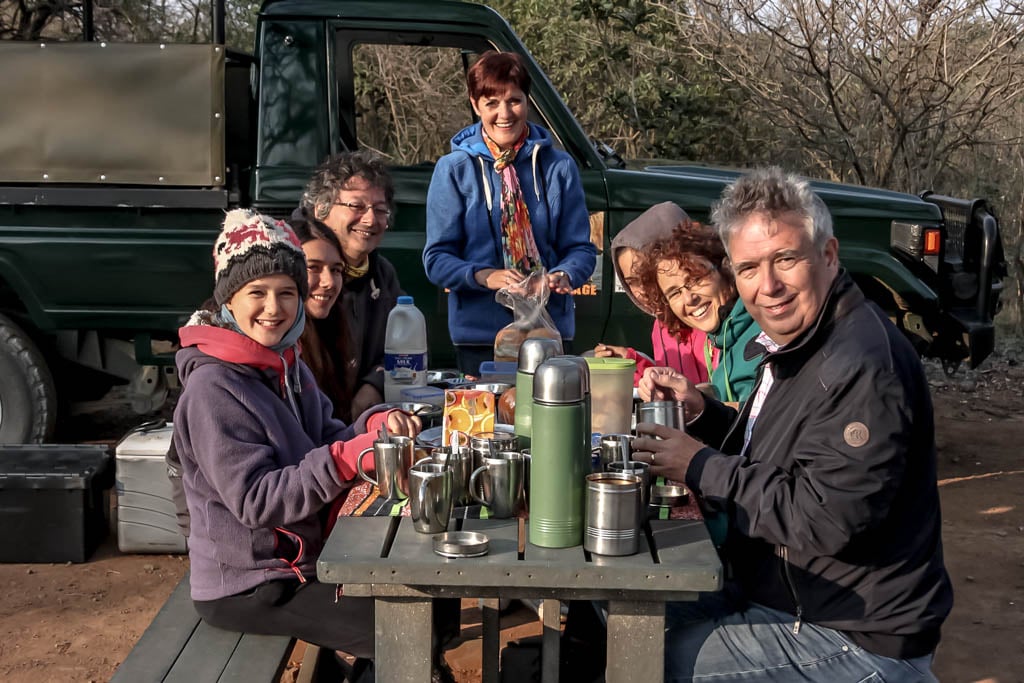 Set out to explore both on our open game drive safari vehicles. Spot wildlife up close with your personal knowledgeable guide, African sunrise in Hluhluwe Umfolozi Game Reserve & Sunsets in Isimangaliso Wetlands Park. Enjoy seeing Hippo/Nile Crocodiles while en route up the St Lucia Estuary by Boat, go in search of the elusive Leopard, Rhino, Buffalo while out in the bush at night on a Night Safari.

Trek into Hluhluwe Umfolozi Game Reserve (oldest proclaimed park in Africa) by open game drive safari vehicles, and surround yourself with rolling hills and spectacular sights of wildlife. Isimangaliso Wetlands Park (World Heritage Site), some of the most impressive sights in the world with 5 natural ecosystems.

Night Drive Safari in search of the Leopard. Snorkel in a protected bay at Cape Vidal. Witness Hippo, Nile Crocodile and the African Fish Eagle on the Estuary On a boat cruise.

Arrive at King Shaka International Airport, travel to St Lucia South Africa. Get settled in and meet with guide for orientation. ( please indicate should you require a transfer). Late afternoon join us on a Boat cruise up the St Lucia Estuary to witness Hippo wallowing, Nile Crocodiles, African Fish Eagle and a lot more. After dinner we are of on a Night Drive into the Isimangaliso Wetlands Park in search of Leopard, Rhino, Buffalo, Chameleons and lots lots more, hear the bush come alive..

Board the 4*4 open game drive vehicle as we are of on a early Big 5 safari to Hluhluwe Umfolozi Game Reserve, witness the wildlife in the oldest proclaimed game reserve in Africa. Keep an eye out for the Big 5, African Wild Dog and Cheetah that hunt in the open plains. Traditional South African bush barbecue in the reserve while observing the wildlife at one of the many scenic picnic spots. With spectacular vantage points your personal and knowledgeable game ranger will get you the sightings that you love to see. African Vultures swirling in the skies, cries of Hyenas and Wild Dogs hunting this safari will remain with you for years to come.

A early departure as we set off into the Isimangaliso Wetlands Park, a World Heritage Site this park has a lot to offer, 5 distinct ecosystems, mangroves, forests, vegetated dunes, estuary and marine reserve, we go in search of the endangered Samango Monkey, snorkel in the protected bay of Cape Vidal, short hike to Mission rocks look out, watch out for those monkeys at lunch. Witness the Humpbacks in winter as they migrate past the point of Cape Vidal.

Depart for the airport Durban

After a hearty breakfast we transfer you back to Durban International and bid you Farewell.

Enjoy travelling while in Open Game Drive Safari Vehicle. The fleet of vehicles are Toyota Land Cruisers and Hilux 4x4's. These vehicles have proven themselves as being the most reliable in the African Bush. All Vehicles have protective sides with lockable doors. Hard Tops and roll down sides for your convenience. With extra coolers for bottled water and nice warm blankets for you should you require them. All Vessels offer ample space and only carry 15 passengers per trip ensuring a greater experience.

Each Ranger / Skipper is either Theta or FUGASA registered, all rangers are first aid qualified and also have PDP's (professional drivers licences) & Samsa registered Skipper's licences as per the South African Roads Act & Samsa South Africa.

Each individual is passionate about his or her profession, you truly will be bewildered by their information and facts be it in any reserve. Don't waste time sit back and let them get you to the best spots within the reserve's.

Some of the Rangers & Skippers

We honestly couldn't wish for a more passionate, attentive and vigilant tour guide. David made each Game Drive so interesting as he showered us with his wealth of knowledge about all the birds, animals and plants. I learned so much!

We saw 4 of the big five (lions, elephants, rhinos and buffalo's), and even if the weather was against us, we enjoyed our full day safari a lot! Our guide Ngcebo was kind, funny and he was full of knowledge: he helped us to understand the animals' living habits, to identify all the beautiful birds we saw... And both breakfast and lunch were very good. Everything was perfect! 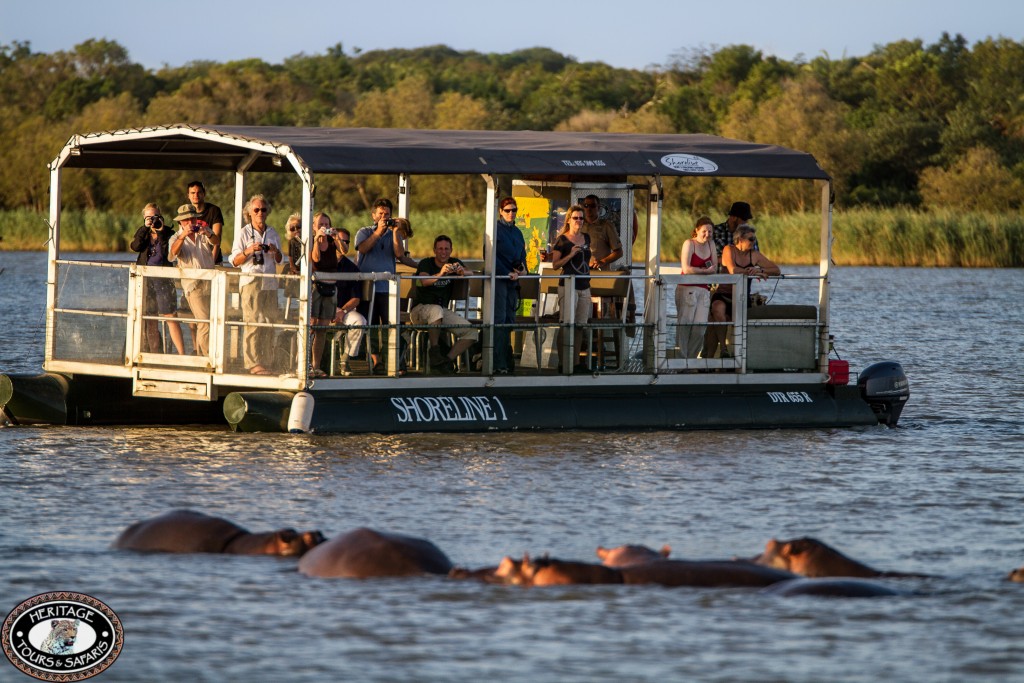 Get close up and personal on your Boat Safari. All vessels have been specifically designed with comfort in mind, they offer ample space and only carry a maximum of 15 clients per outing. Their is ample space to move around on the deck and most importantly to enjoy the live commentary from your skipper / guide. 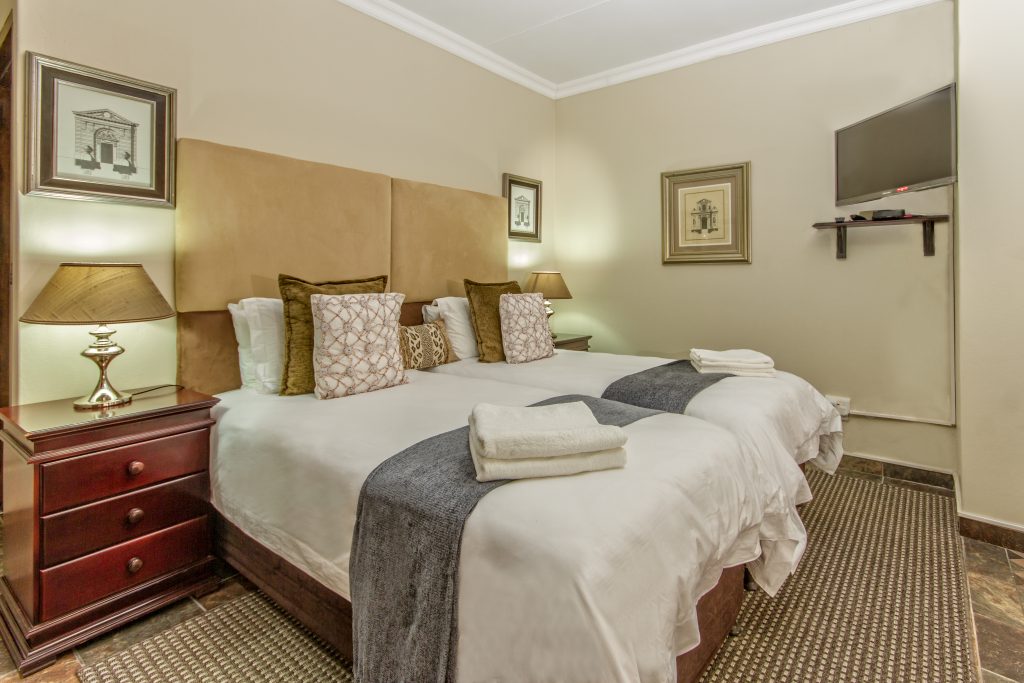 All accommodation is 4 star Bed and Breakfast basis, service and comfort is of our highest priority. @ Heritage House offers just that and we are sure that your expectations will be exceeded. 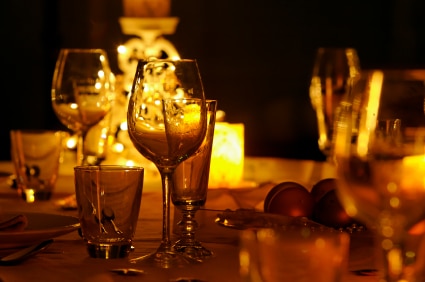 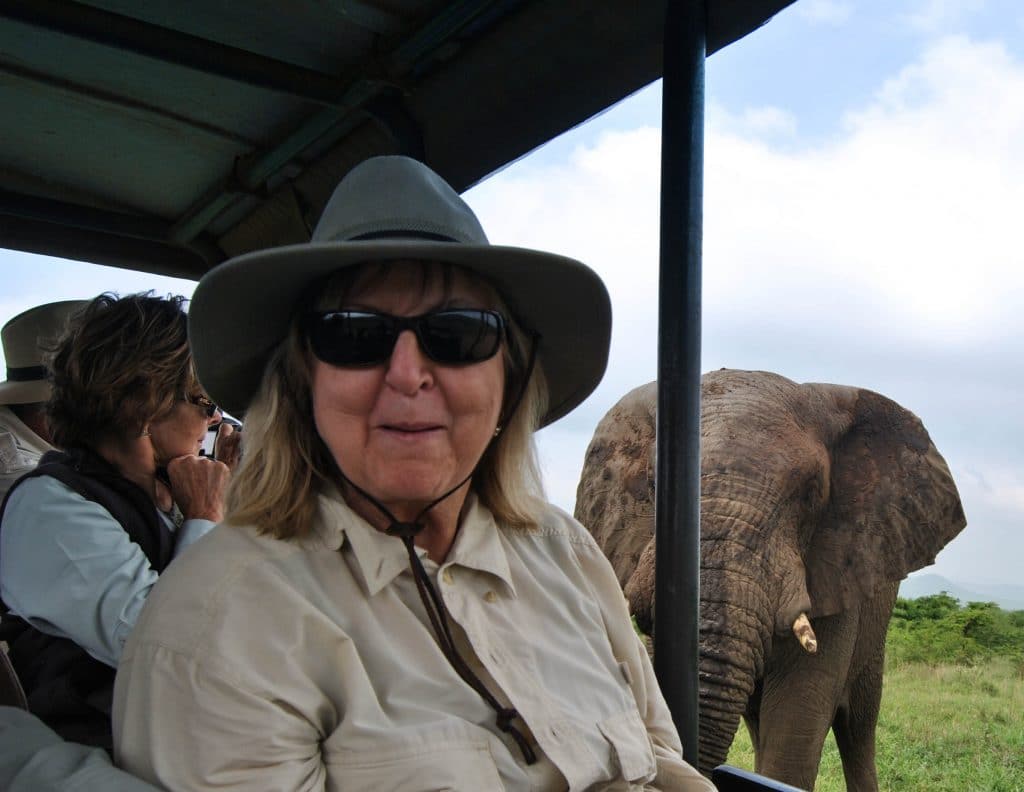 Sit back and relax while your personal Ranger gets you to the best sightings, be it in the Hluhluwe Umfolozi Game Reserve or iSimangaliso Wetland Park. 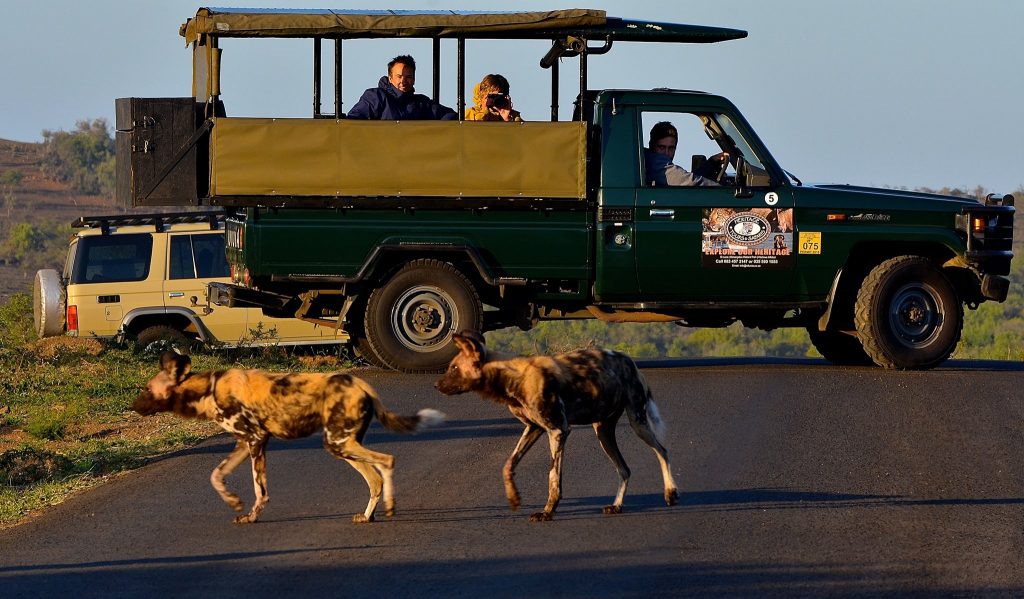 Every Ranger and Skipper is knowledgeable and passionate about what it is that he or she does. Be amazed by their tales, information and their passion for the wildlife. 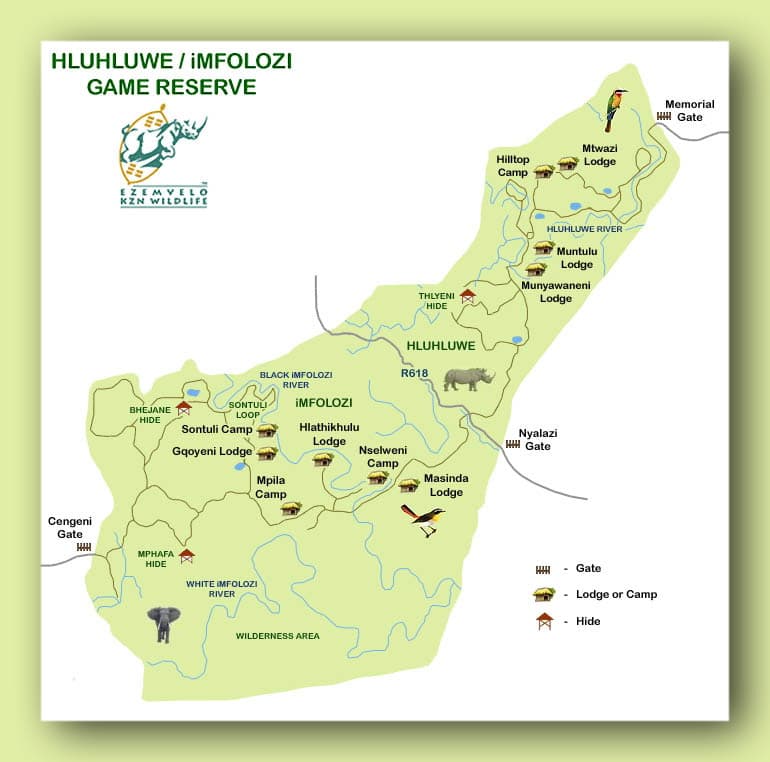 Hluhluwe Umfolozi Game Reserve is the oldest proclaimed game reserve in Africa. This 96000 hectare reserve is home to the Big 5 and other wonderful wildlife. The history, rolling hills and people make it a true adventure and safari. 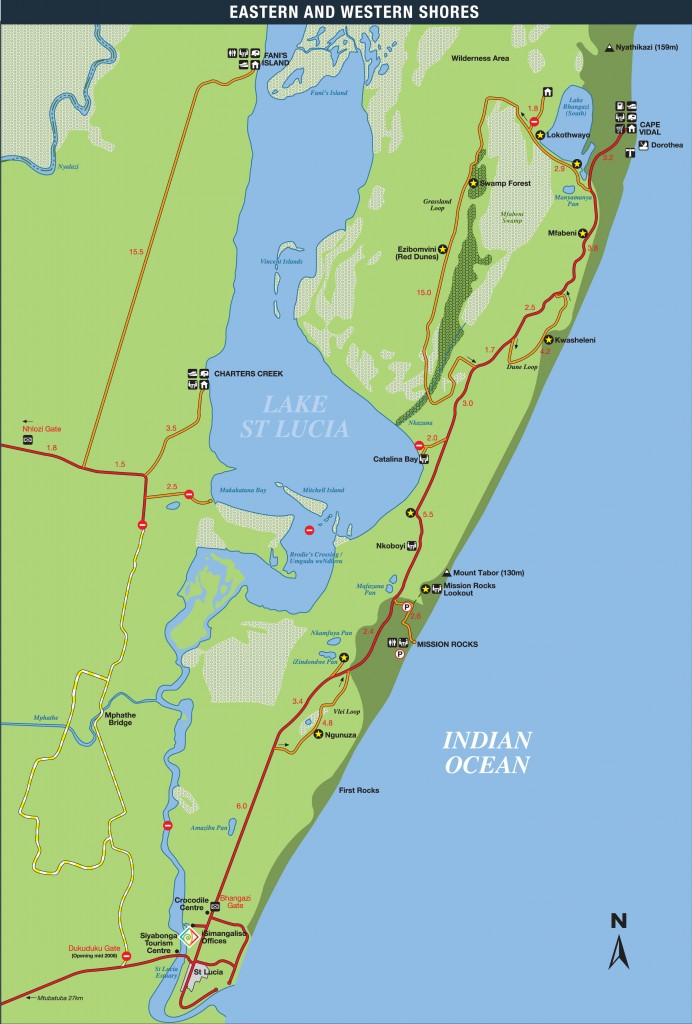 iSimangaliso Wetland Park, South Africa's first world heritage site. A true gem and where the magic happens. Home to the largest population of Hippos in South Africa and Nile Crocodiles 1000.

Should you require any additional information prior to your booking please do not hesitate in mailing us today.

During your travels we more than understand that problems do occur, we are available at all times and please do let us know how we can assist you.

Did you know that the St Lucia Estuary is home to the largest Hippo population (800) in South Africa and that one can see these incredible creatures roaming the streets at night. 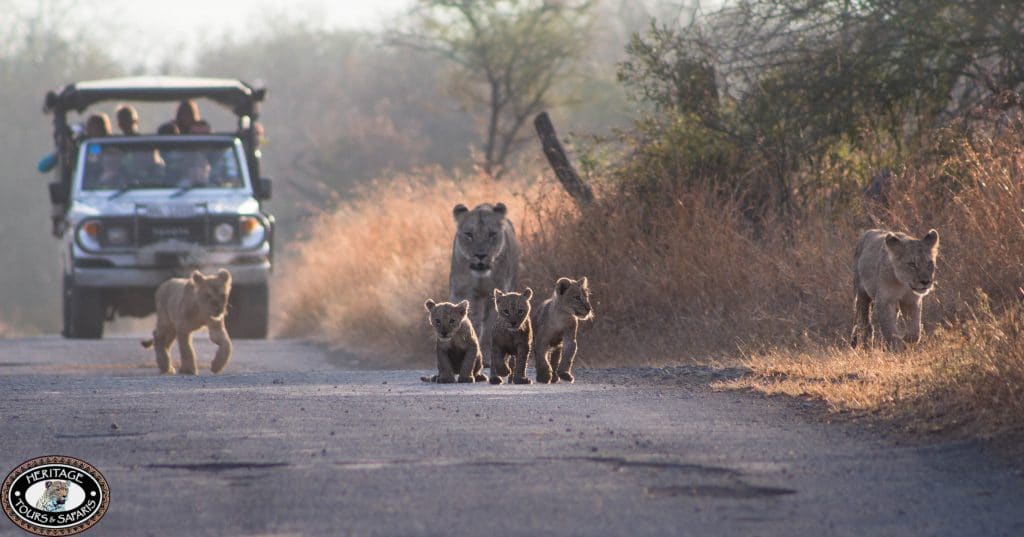 Did you know that their are an estimated 200 Lion's in the Hluhluwe Umfolozi Game Reserve, the oldest proclaimed game reserve in Africa.